Here’s a tidbit from our treasurer Kris Wiens for your enjoyment of a piece of history:

Brothers George, Edwin, and Agon Mohlke and their sister Esther were early settlers of the Oronoco and Rochester area.  Until 1922, the brothers and their wives produced only boys, but that year was different.  Myra was born in April to George and Mary in Oronoco; June arrived in June (of course!) to Agon and Mabel in Rochester; and Irene (Kris’ mother) was born in July to Edwin and Martha in rural Rochester. The Mohlke girls shown in the photo below are (from left to right) June Mohlke Hubmer (now lives in Mankato); Kris’ mother Irene Mohlke Peters (died in 1995); and Myra Mohlke Markham, who grew up in the Oronoco area and married a young man from her neighborhood.  The couple lived in Oronoco for many years until they both died in 2007. 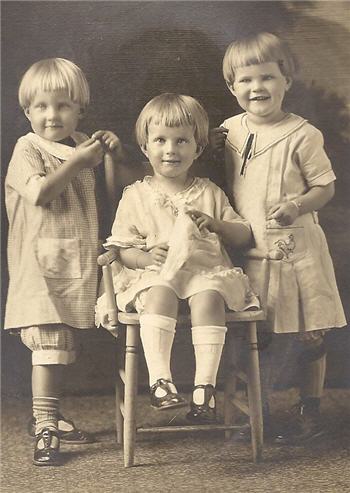 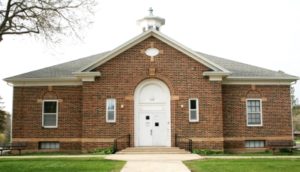